The Konrad Chapel sits enthroned picturesquely at the forest’s edge with a magnificent view of the Geroldseck, the Lützelhardt and the town of Seelbach. The chapel was built with private funds in 1937 and was dedicated in a ceremony on July 11, 1937.
In the interior, numerous votive tablets with expressions of thanks for Saint Konrad of Parzham’s help bear witness to the devout faith of the people who live here.

The Maria Chapel in Wittelbach was originally built as a court chapel. It was rebuilt in 1902 and holds special attractions such as the Mother of God and depictions of Saint Antonius and Konrad in the niches.

The Maria Chapel is dedicated to Saint Wendelin, the patron saint of animals, and is idyllically located next to the Litschental stream at the end of the Litschen Valley on land belonging to the Hintern Farm. It was built in 1769 after an epidemic wiped out a large part of the animal population.

The Queen Maria Chapel on the Schönberg Mountain was dedicated on July 29, 1958. It was built by Wilhelmine Lohrer after her only son fell in WWII. Shortly before her death in 1979 she bequeathed the Chapel and the sexton’s house to the Sisters of Maria of Liebfraunhöhe in Schönstatt near Rottenburg on the Neckar. 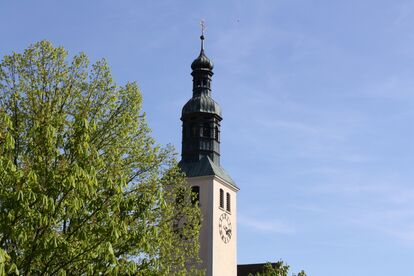 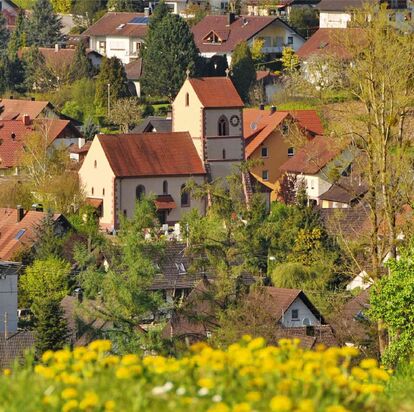 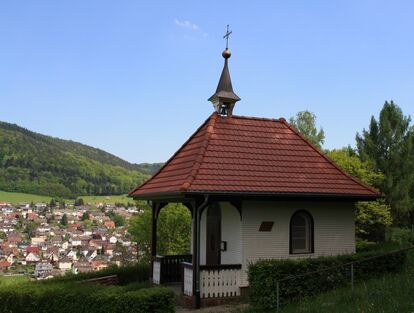